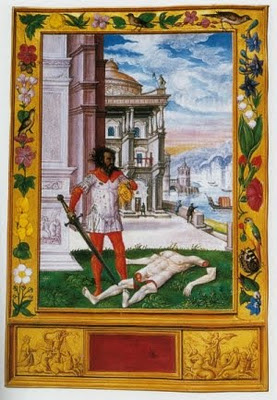 @t3dy: A spiritual alchemy reading should get alchemical matter theory right. It does no good to interpolate anachronistic modern spiritualities.

@EPButler: Indeed, perhaps alchemy not grounded in a theory of matter is a contradiction in terms.

@t3dy: But Jung's theory (which is based on a similar attitude in Atwood) argues that alchemical matter theory was nonsense+thus no theory

@EPButler: If alchemical matter theory is nonsense, find a way to read it so it makes sense again: hermeneutical charity. (Same goes, e.g., for ancient physics)

@t3dy: Of course, I do like to explore hermeneutic models that balance charity with *alchemical* violence (properly understood).

@EPButler: Charitable readings are frequently perceived as "violent", where the violence is being done to the conventional interpretation.

Taken from his Twitter archive
Posted by Mr. Hand at 11:05 AM