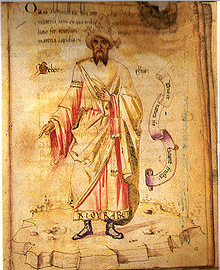 Until the time of Jabir, chemistry was 'without form and void'. The solid technical knowledge of the craftsmen was lost in the vapourings of occultists, and if there were any men with a more reasonable view of chemical science, its aims, its objects and its methods, we find no record of them. By the efforts of Jabir and Razi, the two Muslim chemical geniuses, much of the vast accretion of unbridled speculation was cleared away, and chemistry first began to take shape as a true science. Experimental fact was at last informed with the beginnings of reasonable theory, while on the practical side a workmanlike scheme of classification was evolved and a divide range of substances was carefully investigated and systematically characterized. The common laboratory methods of distillation, sublimation, calcination, reduction, solution and crystallization were improved and their general purposes well understood.
...
Chemistry, in the work of the great chemists from Jabir to the time of Avicenna, was concerned chiefly not so much with alchemy but with concrete technical matters such as the development of apparatus, the preparations of, and the study of their reactions. The development of chemistry in the period, although almost entirely empirical, was of great importance in that a new high level was attained in the accumulation of chemical data.